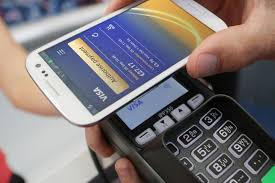 The two biggest mobile carriers in the US, AT&T and Verizon, are joining hands to bring an RFID-based system that will allow smartphones to be used as credit and debit cards. The phones would be embedded with an RFID chip that will contain information about the user, much like the magnetic strip on a credit card. Simply holding the phone against an RFID reader will process the transaction.

So what does this mean for us? Fast Company explains:
When the RFID system gets integrated with a smartphone&rsquo;s circuits, a whole world of possibilities opens up, including using the smartphone&rsquo;s screen as a super-secure numeric pad for accessing your PIN or even using the smartphone&rsquo;s sensors as a more secure user-ID detection system. Using location data sent over the phone&rsquo;s data network would also ensure greater security, as you&rsquo;d know that the phone is being used where it says it is, and no-one&rsquo;s cloned the RFID data to steal your money.It works for consumers too&ndash;they&rsquo;d only need to carry one device to act as phone, media player, PDA and credit card, versus having to use a modified Visa RFID card too. The phone networks already have user&rsquo;s personal data, and your payment details, and the wireless network to enable all sorts of higher-level exploits of the system.Fast Company: &ldquo;Specter of Apple Looms Over Verizon, AT&T&rsquo;s Cell Phone Credit Cards Game&rdquo;